There was a world once where Microsoft wasn’t born yet and Steve Jobs and Steve Wozniac were making history together. It started as a hobby in a garage. Steve Wozniac would take apart calculators and build circuit boards. These circuit boards would later become the Apple motherboards that run our Apples. When Steve Jobs and Steve Wozniac came together the result was Apple computers. It is also interesting to note that all this was happening in the time while IBM was looking for an operating system to run all the home PCs that they were staked to deploy. Steve Jobs was offered the chance to use the Apple OS. Jobs turned down IBM and Bill Gates stepped in and made billions in our lifetime. Apple lost this but trudged along to become something else. Macintosh remains stable. It runs on Unix now and doesn’t have a registry or viruses (not really). It has other problems as an architecture, but has become just as important as PCs for different reasons over time. 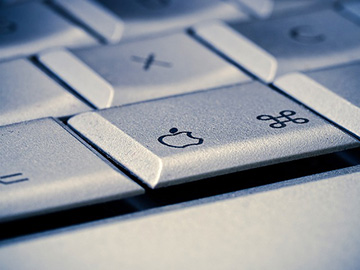 Fullyrealized, LLC appreciates the Apple. Apple computers are wonderful for those that want a stable way to function outside of a Windows world. There are many things that Windows does that Mac can also do. The most recent iterations of Apple computers have been very stable and very user friendly. We often see many situations where Windows and Mac run side by side and share space quite nicely together.

We have deployed many Macintosh computers to join a Windows domain.  The wonderful thing about this choice is that you don’t have to make it anymore. Macintosh and PC hardware is made by the same manufacturer Intel now. This has provided a bridge that we have never seen before. Living comfortably on one side or the other or both is now very comfortable and easy to do.

The above problems are no problem at all for our team.

We trust our Macintosh machines and want to deploy them correctly. If you separate the Operating Environment from your data and also clone the Operating Environment into a bootable partition then you have autonomy or self reliance on the Mac platform. One of the neat things our company commonly does is to set up Windows Virtual Machines to run inside the latest Macintosh systems. The Apple Computer is a wonderful way to run its main system and have the ability to call up a windows system within it to provide “Windows inside of Apple” Its quite fun actually for many consumers who have in the past thought they had to make a choice between Mac or PC. Here there is opportunity to have the best of both worlds in one great Macintosh machine.

We will be very pleased to discuss Macintosh questions, issues or concerns. It is our pleasure to explain to anyone how we can improve on an existing topology.

Please feel free to contact us in regards to Macintosh computers.