Virtualization is a fascinating approach to solving technology problems today. Virtualization allows for hardware independence of operating systems. It allows an entire operating system that would have traditionally been inextricable from the hardware to become a “virtual appliance”. It allows for one computer to host multiple operating systems instead of just one as has been the traditional rubric. It lightens the footprint of equipment on any network and allows for more from less. It also saves tremendous amounts of time and labor. It makes deployment and maintenance much more manageable and delivers technology to those that would have ordinarily never had the space or money to procure it.

Some key benefits of Virtualization are: 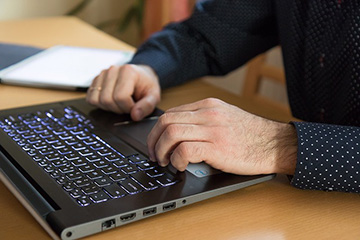 Fullyrealized LLC uses virtual machines on every network we support in some form or fashion. It has many benefits. Entire fleets of Server Operating Systems are reduced to one small hard drive. It means that smaller spaces and less power run more and more systems easily.

Microsoft HyperV is a great avenue for windows servers. It allows for great technology such as HyperV replication where a set of Virtual Machines run on a main server and the replication partner then continuously accepts replication of the production virtual machines for an easy failover. If a server with several virtual machines fails for any reason, it’s as easy as turning on a switch on the replication partner to get the services back up and running. Repairing the original failed machine is then easily delayed until off hours. In the interim services and systems keep right on going with zero down time. This type of system was never possible before virtual technology came to be. This type of failover and planned service availability is often referred to as “High Availability”. The services that are depended on and at one time would be lost in a server crash event are now made instantly available while the offline equipment is worked on. Its fabulous technology at work.

Virtual Box is another great platform for virtualization. This is a software developed by Oracle which allows virtual machines to run inside of an ordinary desktop. It simply means that a user on a network can run a computer where that computer can also call up other operating systems to use. It turns a single workstation into multiple workstations. One great way to make real world use of this for the average network is to have a separate physical network attach to a virtual machine inside the desktop that is running. This disjoint network allows a user to surf the internet and gather resources from surfing without worry about infections or any contact with the main network. It allows for the main workstation to be placed in a very secure network while allowing a local “free surfing machine” inside that very computer that can not effect the health of the computer running it or the network it runs on. Its a great add on to any standard business network desktop workstation with a little bit more RAM and a tiny bit more hard drive space. Virtual Box is a great open source tool.

Please contact us about our Virtualization Platform Integration and Deployment services. It is truly great technology.